Today we’re pleased to announce the three winners of our latest SMRT Grant which called for teams of researchers and collaborative projects that could be addressed using the power of HiFi sequencing. The winners are seeking to solve a diverse set of questions from mussel-hopping transmissible cancer to the power of pistachios to help tackle climate change, and sex determination in bearded dragons.

The 2020 HiFi for All – Collaborations SMRT Grant Program was open to scientists worldwide and offered three winning projects awards of up to 10 SMRT Cells 8M and sequencing on the Sequel II or IIe System by one of our service providers and co-sponsors. We received many truly compelling proposals, featuring teams from across the life sciences and beyond, and selecting three winners was quite a challenge. Here is a glimpse into how the winning teams will use HiFi sequencing to advance their science.

Cancer or Infectious Disease? Unblurring the Line in Bivalves

Winner: Michael Metzger (@themetzgerm), Pacific Northwest Research Institute, United States
Cancers may evolve as they mutate and divide, but they almost always lead to an evolutionary dead end with the death or remission of their hosts. However, in a handful of cases, cancer cells have been shown to spread beyond their original hosts. In these transmissible cancers, cells themselves jump from individual to individual, spreading through the environment.
An inter-continental team of biologists and geneticists, led by Metzger, will investigate this type of cancer in marine mussels, where molecular analysis has shown that a bivalve transmissible neoplasia (BTN) that arose from a single Mytilus trossulus individual has now been found infecting four different Mytilus species around the world.

Collaborators Nicolas Bierne (CNRS – University of Montpellier, France) will provide samples from M.  edulis in Europe; Petr Strelkov and Maria Skazina (St. Petersburg State University, Russia) and Nelly Odintsova (Far Eastern Branch of the Russian Academy of Sciences) will provide M. trossulus samples from their studies in the Sea of Japan; Artur Burzynski (IO PAN, Poland) will aid in analysis of a sample from Northern Europe; and Gloria Arriagada (Universidad Andrés Bello, Chile) will provide samples of M. chilensis from South America.
Together, this team has assembled the most widespread marine transmissible cancer lineage known and aims to use HiFi sequencing to detect and phase somatic variants to understand the selective pressures underlying this fatal and unexplained phenomenon.

“We are really excited about what the HiFi data and this collaboration will allow us to see. This single lineage of transmissible cancer that began in a single animal has spread into populations of marine mussels around the world, and by working together, we will be able to untangle the genetic changes that have shaped its evolution.”
– Michael Metzger, Pacific Northwest Research Institute

Sequencing for this project will be provided by the PacBio Certified Service Provider University of Louisville’s Department of Biochemistry and Molecular Genetics. 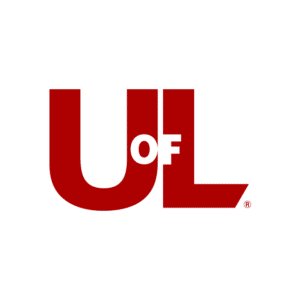 Tackling a Challenging Genome That Could Help Address Climate Change

Winner: Esaú Martínez, CIAG-IRIAF, Spain
As a highly nutritious crop adapted to arid conditions, pistachio has become popular for crop replacement in regions affected by climate change. However, even this resilient species is starting to suffer the effects of warmer winters, causing a lack of chilling accumulation which affect bud dormancy breaking, bud burst and flowering.
In order to make the most of the crop’s tolerance to drought and warm climates, a team of scientists from across Europe and the United States are working to find resilience mechanisms by sequencing the large genetic variation of cultivated pistachio.
Led by Martínez, the team will create a pangenome collection of six highly heterozygous cultivars, with extensive haplotype diversity that can be exploited for breeding. The team hopes the pangenomes will serve as a critical starting point toward the long-term goal of using HiFi sequencing to characterize genomic diversity in global pistachio collections. Additionally, the team will generate a pantranscriptome using PacBio full-length RNA sequencing (Iso-Seq) method to precisely annotate the pangenome and identify transcript variants related to climate adaptation.
Collaborators include Adela Mena (IVICAM-IRIAF, Spain) Antonio Giovino and Luigi Cattivelli (@luigicattivelli, Council for Agricultural Research and Economics, Italy); Annalisa Marchese and Francesco Paolo Marra (University of Palermo, Italy); and Pablo Carbonell (@pcarbonellb, Max Planck Institute for Developmental Biology, Germany). Grey Monroe (@grey_monroe, University of California-Davis) will also take part to identify functional variants contributing to production under warmer climates.

“We are extremely delighted for the opportunity to work together with PacBio in this project. Pistachio is a highly nutritious crop adapted to arid conditions. However, pistachio farmers are already starting to experience the negative effects of climate change. We believe HiFi is the perfect technology for the development of functional genomic resources for pistachio breeding. Combining pangenome and pantranscriptome approaches we will identify functional variants enabling the sustainability of the crop under warmer conditions.”
– Esaú Martínez, CIAG-IRIAF

Unraveling the Mechanisms of Sex Determination in Reptiles


Winner: Ira Deveson, Garvan Institute, University of Canberra (@UniCanberra), Australia
In vertebrates, sex is determined either by genetic factors on sex chromosomes (genetic sex determination; GSD) or by environmental cues, such as egg incubation temperature (temperature-dependent sex determination; TSD).
In reptiles, both modes are common, but the mechanisms underpinning reptile GSD and TSD remain mysterious. High repeat content and close homology between the sex chromosomes in reptiles have thwarted previous attempts at their assembly and phasing to identify GSD candidates, and the gene/s controlling TSD may act at any level in the complex regulatory cascade governing sexual differentiation, potentially implicating a multitude of genes across all chromosomes.
A team of researchers from across Australia, led by Deveson will attempt to unravel the mystery by sequencing the genome and transcriptome of the bearded dragon lizard, Pogona vitticeps, a unique model organism in which sex is shaped by both genotype and temperature. Dragons have a GSD system wherein chrZW embryos develop as female and chrZZ as male. However, at high egg-incubation temperatures, this is overridden so that both chrZZ and chrZW embryos develop as female.
Additional RNA sequencing on adult tissues and embryonic developmental stages will allow the team to generate high-quality, allele-specific transcriptome annotations and uncover the primary transcriptional signatures of both GSD and TSD.
Collaborators include: Arthur Georges and Sarah Whiteley (University of Canberra); Hardip Patel and Yu Lin (Australian National University); Parwinder Kaur (UWA, Australia) and Andre Reis (Garvan Institute).

“The daunting task of complete assembly and phasing of reptilian ZW sex chromosomes requires long reads with very high per-base accuracy. I believe that PacBio HiFi sequencing is the only technology that can deliver this.”
– Ira Deveson, Garvan Institute

Sequencing for this project will be provided by Nucleome Informatics.

Congratulations to all our HiFi for All – Collaborations SMRT Grant winners! And thank you to our co-sponsors for teaming up with PacBio to make these SMRT Grants possible. Explore the 2021 SMRT Grant Programs to apply to have your project funded and learn more about HiFi sequencing.