With a nickname like “murder hornet,” it’s no wonder the two-inch long Asian giant hornet (Vespa mandarinia) has caused a stir amongst those terrified of insect invasions. 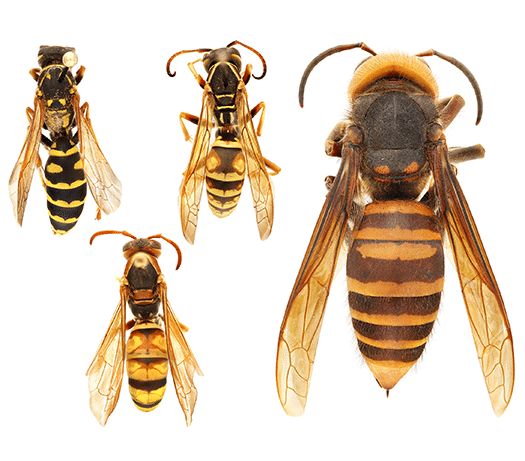 The wasps — which are actually more dangerous to bees than humans — have made another recent appearance in Washington state, and Agricultural Research Service (ARS) scientists are hoping a new rapidly-generated genome sequence of one of the insects will help in their quest to quash an invasion.

Released August 6, the first high-quality genome of the Asian giant hornet was assembled using a sample collected from the thorax of a single insect found near Nanaimo, British Columbia, in September 2019. It was generated in just two months using HiFi reads sequenced on the Sequel II System — much quicker than a genome is usually completed, and from much less source material. The genome was assembled using a new tool, Improved Phased Assembly (IPA), which delivers highly accurate, contiguous, and phased assemblies at very high speeds.

The highly accurate HiFi reads and low DNA input protocols have removed limits that previously existed due to sample size, DNA quality and complexity, making it possible to incorporate genome sequencing as part of real-time response to invasive species.

The complete sequence will also help researchers narrow down the origin of the invasion and track any future emergence of the non-native species. Genomic data are also being gathered from populations across the insect’s native range in Japan, China and Korea, so that differences in various sub-species can be mapped.

A spread of the Asian giant hornets in North America would be dangerous because the insects attack the hives of the European honey bees that farmers rely upon to pollinate the European crops that are also grown in the United States, such as almonds.

In their native territory, Japanese honey bees (Apis cerana japonica) have developed an interesting way of fighting off their giant hornet attackers — they swarm the invading hornet, grab onto any part of it they can, then surround their prey in a giant ball of bee bodies that emits heat up to 127⁰F and a CO2 level of 3.6%, killing the hornet inside. But the European honey bees in the United States have not developed such defenses.

The Asian giant hornet project is part of the Ag100Pest Initiative, an ARS program to produce reference quality genome assemblies for the top 100 arthropod agricultural pests, including foreign pest species that are potential invasive threats to U.S. agriculture.

In their statement, ARS noted that the availability of this reference genome will help provide a broader biological picture of the Asian giant hornet and help build an understanding of the dynamics of Asian giant hornet populations in this country and how they may adapt, as well as possibly provide information to sharpen the development of controls to prevent them from becoming established.

The genome has been posted in AgDataCommons and the National Center for Biotechnology Information, prior to publication in a scientific journal, to make the data freely available to the research community as quickly as possible.

Learn more about how to complete a whole genome sequencing project with HiFi reads. Ready to get started? Connect with a PacBio scientist for a free project consultation.