A new program at ASHG this year came from the CoLaboratories, or educational theaters featuring 30-minute talks on a variety of clinical, laboratory, and data analysis topics. We were honored to present in the inaugural CoLabs today, with PacBio scientists offering tips on CRISPR/Cas9 enrichment as well as long-read whole genome sequencing for structural variant discovery. He demonstrated a novel technique using the CRISPR/Cas9 system to target specific genes or elements in the human genome. Having an amplification-free method for this is particularly important for challenging targets, such as the many repeat expansions known to cause disease.

Combining this strategy with SMRT Sequencing allows for highly accurate, uniform, and complete sequencing of complex genomic regions that have proven intractable with short-read technologies. Clark reported successfully targeting and sequencing loci involved in several repeat expansion disorders — including HTT, FMR1, and ATXN10, among others — even when those regions had extreme GC content.

This work was also presented in an ASHG poster by Clark earlier in the week. 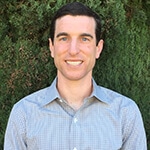 Staff scientist Aaron Wenger delivered a talk entitled “PacBio Long-Read WGS for Structural Variant Discovery.” As he noted, structural variant analysis has become increasingly important as the community realized that SNPs only explain a fraction of the DNA sequence differences between any two individuals, while structural variants represent the majority of those differences. These variants have been more difficult to detect, though, because of their size and complexity. Unlike short-read platforms, SMRT Sequencing can accurately characterize the vast majority of structural variants in a human genome, even at low coverage.

Wenger offered a look at updated structural variant calling protocols for the Sequel System, including how to tune parameters such as sequence coverage, and shared quick case studies.

If you missed his CoLab talk, you can check out the ASHG poster he presented today or watch a similar presentation he gave at our User Group Meeting this summer.

Many thanks to all the ASHG attendees who joined the CoLabs to hear these talks!