You may be more likely to get five gold rings or three French hens than two Turtle doves this Christmas. The subject of the famous holiday carol is in precipitous decline across Europe, with 94 percent of Turtle doves lost since 1995, and fewer than 5,000 breeding pairs left in the UK.

In an attempt to save the species, geneticists at the Wellcome Sanger Institute identified it as a priority species to be sequenced as part of a year-long 25th anniversary project.

Collaborators at the University of Lincoln sent samples (collected from live birds during routine health checks) to the Sanger Institute. The sequencing teams extracted DNA from the samples and used SMRT Sequencing technology to generate the first reference genome for Turtle doves (Streptopelia turtur).

The results, announced today and set for release in early 2019, will provide a genetic reference for determining effective population sizes and establishing breeding programs in efforts to help conserve the threatened bird species, which has been listed as vulnerable on the International Union for Conservation of Nature (IUCN) Red List.

Jenny Dunn from the University of Lincoln, said: “To give Turtle doves the best chance of survival in the future, we need to first understand the pressures that are affecting their population decline. The Turtle dove genome will give insights into how diseases and limited food resources impact on their health and will aid practical conservation efforts to maximize the genetic diversity of introduced populations.”

On the course to discovery 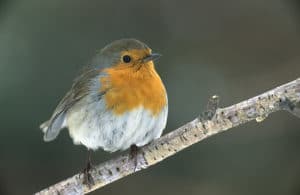 Scientists also hope to solve another mystery: how some migrating birds “see” the Earth’s magnetic fields for navigation.

To do this, Sanger and collaborators created a high-quality genome of the European robin (Erithacus rubecula), completed to the “platinum standard” set by the Vertebrate Genome Project (contig N50 in excess of 1 Mb and scaffold N50 above 10 Mb).

European robins live throughout Europe, Russia and western Siberia. While most British robins reside in the UK over winter, some birds will migrate to southern Europe to overwinter in warmer climates. Simultaneously in winter, migrant robins from Scandinavia, continental Europe and Russia head to the UK to avoid the harsh weather back home.

“Birds can use the Earth’s magnetic field as a reference for orientation during the migratory journeys, and the magnetic compass in birds was first described in a robin,” said Miriam Liedvogel from the Max Planck Institute for Evolutionary Biology in Plön, Germany. “The European robin genome will allow us to identify what’s driving migration in birds, and understand the variability of migration in other bird species as well.”

The two birds join the Golden Eagle as the first of 25 UK species to have their genetic code sequenced and assembled as part of the Sanger Institute’s 25 Genomes Project, which also includes species such as grey and red squirrels, blackberry and brown trout.