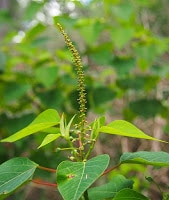 We’re pleased to announce the winner of our recent “Most Interesting Genome in the World” grant competition. Congratulations to Jay Keasling and Jeff Wong at the University of California, Berkeley! The grant program, which was supported by co-sponsors Sage Science, Computomics, and the Arizona Genomics Institute, was very competitive with more than 250 submitted proposals.

Keasling and Wong will be awarded SMRT® Sequencing — using up to 40 SMRT Cells with BluePippin™ DNA size selection — for Homalanthus nutans, a small rainforest tree that grows in Samoa. The plant is critical as the source of a natural product called prostratin, which is under development as an anti-HIV therapy. The genome size is estimated at 400 Mb.

Keasling, who previously found a way to derive the antimalarial drug artemisinin from yeast instead of a difficult-to-access plant, hopes to develop a microbe-based process to produce prostratin. This would reduce the cost of the compound while improving quantity and quality of the medicine. “However, scarcity of genetic resources available for H. nutans has been significantly hampering projects targeting microbial production of prostratin,” he and Wong wrote in their proposal. They noted that the annotated H. nutans genome sequence would facilitate identification of genes involved in prostratin biosynthesis. Those genes could then be expressed in yeast to make prostratin.

Berkeley recently signed an agreement with the government of Samoa allowing the Keasling lab to conduct prostratin-focused research on H. nutans, sharing any royalties from a future drug with the Samoan population.

For more information on how scientists are using SMRT Sequencing data to study plants and animals, check out this case study.

And don’t forget that our latest grant program, announced at AACR, is still going on. The contest is open even to applicants who did not attend AACR (see official rules); just submit a 250-word proposal by May 22nd telling us how targeted long-read sequencing will drive discoveries in your cancer research.