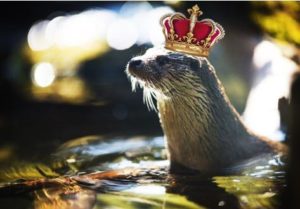 Scientists championed their cases, school children sifted through species, and thousands of members of the public from around the globe took to social media to weigh in. Now the results are in, and high-quality genome assemblies for 25 organisms integral to United Kingdom ecosystems can begin.

As mentioned last month, we teamed up with the Wellcome Trust Sanger Institute on a project to celebrate their twenty-fifth anniversary. Sanger scientists will use the Sequel System and complementary technologies to produce reference-grade assemblies for squirrels, scallops, and sharks, as well as balsam, blackberries, bats, butterflies, bees, and many others.

The final five of the 25 candidates were chosen by a public vote via the I’m a Scientist, Get Me Out of Here campaign. After five weeks of online engagement, more than130 live chats between school children and scientists, and nearly 5,000 votes, the results were announced December 8. They include:

“The project could reveal why some brown trout migrate to the open ocean, whilst others don’t, or tell us more about the magneto receptors in robins’ eyes that allow them to ‘see’ the magnetic fields of the Earth,” the Institute states in their announcement. “It could also shed light on why Red Squirrels are vulnerable to the squirrel pox virus, yet Grey Squirrels can carry and spread the virus without becoming ill.”

Once completed, the assemblies will be made publicly available for future studies to understand the biodiversity of the UK and aid the conservation and understanding of these species.

View the full list of all 25 species selected and learn more about the project.
Once again, we’d like to congratulate the Sanger team on a remarkable 25 years!