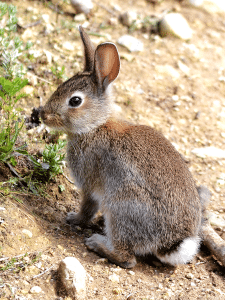 A new paper in Scientific Reports presents results from a transcriptome analysis for Oryctolagus cuniculus. The work was done with SMRT Sequencing, which allowed scientists to discover novel transcripts and increase the diversity of known transcripts for the rabbit.

“A transcriptome atlas of rabbit revealed by PacBio single-molecule long-read sequencing” comes from lead authors Shi-Yi Chen and Feilong Deng, senior author Song-Jia Lai, and collaborators at Sichuan Agricultural University. In the paper, the scientists note that an ongoing challenge in rabbit studies has been the dearth of gene-level data. “Most of the existing gene models are just derived from in silico prediction with lack of the reliable annotation on alternative isoforms and untranslated regions,” they write.

The team turned to SMRT Sequencing to generate full-length transcripts and avoid the well-known assembly pitfalls of short-read transcript data. “We employ this technology to sequence polyadenylated RNAs of rabbit and provide a transcriptome-wide landscape in relation to gene models and alternative isoforms,” they report.

The scientists pooled and sequenced RNA samples from several organs and tissues collected from three New Zealand white rabbits. After filtering, they were left with more than 36,000 high-confidence transcripts from nearly 15,000 genes. That included quite a bit of novel information: “more than 23% of genic loci and 66% of isoforms have not been annotated yet within the current reference genome,” the scientists write. Their interest in alternative splicing was rewarded as well, with the final transcriptome containing nearly 25,000 alternative splicing events and more than 11,000 alternative polyadenylation events. Those numbers represent an order of magnitude more alternative splicing than was characterized in the reference gene models. The project also turned up a significant amount of non-coding RNAs, represented by 17% of transcripts.

The scientists followed up on these findings with several validation studies, including an analysis of genes in the major histocompatibility complex. Their analysis demonstrates “the obviously improved power of PacBio transcripts for recovering the highly homologous sequences among ten MHC genes than the assembled transcripts from short reads,” they report.

According to the paper, scientists achieved their mission of more thoroughly characterizing the rabbit transcriptome. “The length distribution of the most 5′ exons of our PacBio transcripts is consistent with former report in human,” they write, “which would indicate the comparable sequencing completeness in rabbit.”

We’re looking forward to the discussion of many more vertebrate species’ genomes at the upcoming Genome 10K and Genome Science Conference 2017 hosted this week by The Earlham Institute.