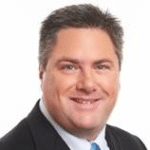 Christian Henry has more than two decades of experience with growing companies in the life sciences industry. From 2005 through January 2017, Mr. Henry was an executive at Illumina, Inc., where he served in a number of different roles including Chief Financial Officer, Chief Commercial Officer and General Manager of the Life Sciences Business. Prior to Illumina, Mr. Henry was Chief Financial Officer for Tickets.com, a publicly traded online ticket provider, which was acquired by Major League Baseball Advanced Media, LP. Mr. Henry also served as Vice President of Finance and Corporate Controller for Affymetrix, Inc., and held a similar position at Nektar Therapeutics (formerly Inhale Therapeutic Systems, Inc.). Mr. Henry earned a BA in biochemistry and cell biology from the University of California, San Diego and an MBA from the University of California, Irvine. Susan Kim brings twenty years of senior level finance and operations experience to Pacific Biosciences. Ms. Kim most recently served as Chief Financial Officer for App Annie and Katerra, both leading venture-backed technology companies. In these roles, she was instrumental in driving revenue growth, scaling finance and operations, and realizing synergies through strategic acquisitions. From 2010 to 2016, Ms. Kim held various leadership roles at KLA Corporation (NASDAQ: KLAC). Prior to KLA, she was an investment banker in Morgan Stanley’s technology practice and started her career as a semiconductor manufacturing engineer for Advanced Micro Devices (NASDAQ: AMD). Ms. Kim earned a BS in Chemical Engineering from Stanford University and an MBA and Master of Engineering Management from Kellogg School of Management, Northwestern University. In 2019, Ms. Kim was recognized as one of the Most Influential Women in Bay Area Business by the San Francisco Business Times. Jonas Korlach was appointed Chief Scientific Officer of Pacific Biosciences in July 2012. He was previously a Scientific Fellow, supporting commercial development of the PacBio RS II system and performing research aimed at developing new applications for SMRT technologies. He co-invented the SMRT technology with Stephen Turner, Ph.D., Pacific Biosciences Founder and Chief Technology Officer, when the two were graduate students at Cornell University. Dr. Korlach joined Pacific Biosciences as the company’s eighth employee in 2004. Previously, he was a Postdoctoral Researcher at Cornell University.

Dr. Korlach is the recipient of multiple grants, an inventor on 70 issued U.S. patents and 61 international patents, and an author of over 70 scientific studies on the principles and applications of SMRT technology, including publications in Nature, Science, and PNAS. In 2013, Dr. Korlach was honored by the Obama White House as an Immigrant Innovator “Champion of Change.” He received both his Ph.D. and his M.S. degrees in Biochemistry, Molecular and Cell Biology from Cornell, and received M.S. and B.A. degrees in Biological Sciences from Humboldt University in Berlin, Germany. Chris Seipert joined PacBio in 2009 and serves as Vice President of Sales and Support for the Americas and EMEA. In his early years at PacBio, Mr. Seipert held management roles in Instrument Engineering and Manufacturing. He led the development of the instrument manufacturing team and supply chain to support the launch of PacBio’s first commercial sequencing system, the PacBio RS. With his skill for optimizing systems and processes, he expanded his responsibilities to include directing the Field Service and Support teams. Under his leadership, PacBio developed a best-in-class customer support organization. In recent years, Mr. Seipert led a companywide initiative that improved the reliability of the Sequel System. In early 2019, Mr. Seipert assumed responsibility for the Sales organization and led the successful commercial launch of the Sequel II System in the Americas and EMEA. He is passionate about the customer experience, as evidenced by the product reliability improvements and customer-centric commercial teams that he has championed during his time at PacBio.

Prior to joining PacBio, Mr. Seipert held engineering and management roles at KLA-Tencor who provide process control and yield management systems for the semiconductor industry. He holds a Bachelor of Science in Physics and a Master of Science in Engineering from San Jose State University. Dr. Turner founded Pacific Biosciences (formerly Nanofluidics) and in 2004 secured its Series A funding. He was awarded a Ph.D. in Physics by Cornell University in 2000, where he worked with Prof. Harold Craighead to study the behavior of biomolecules in nano-fabricated structures. He was a member of the project team at Cornell which developed the technology now employed by Pacific Biosciences and was co-author of the cover story in Science magazine (January 31, 2003) that introduced the technology to the scientific community. Dr. Turner’s undergraduate work was at the University of Wisconsin, Madison, where he received a Bachelor of Science in Applied Mathematics, Electrical Engineering and Physics. He is the author of over 50 scientific papers in fields ranging from DNA sequencing technology and biophysics to genomics and epigenomics. He is listed as the inventor on over 50 U.S. patents and numerous published patent applications. Dr. Turner was recipient of the MIT Technology Review “TR100” Award in 2003 and the University of Wisconsin Madison Distinguished Young Alumnus Award in 2008.

Dr. Zaccarin joined PacBio in 2004 as Director of Engineering. He initially led the development of the research tools used by Pacific Biosciences to generate the first sequencing results. He was promoted VP of Engineering in 2010 and managed the development of the first commercial platform RSII. Since 2012 he has been occupying the role of VP Semiconductor Integration Devices, leading the development of the consumables used in the Sequel and Sequel II platforms. Prior to joining Pacific Biosciences, Dr Zaccarin held various engineering and leadership roles at Bell-Northern Research, Nortel, Cambrian Systems, ONI systems and Ciena. Dr. Zaccarin was promoted to Senior Vice President, Research and Development, effective April 1, 2020. Dr. Zaccarin holds B.Sc.E (1987) and M.Sc.E (1989) from Laval University and a Ph.D in Electrical Engineering, Optics (1993) from University of Ottawa.